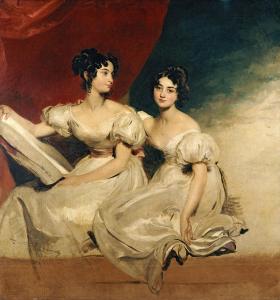 With the completion of Sense and Sensibility, I have now read all of Jane Austen’s major novels! Although it was the last of her novels for me to finish, my first exposure to Jane Austen was actually a 2008 miniseries adaptation of this same novel. Unfortunately, I think knowing how the book was going to end removed some of the excitement that the book would have had if I were hearing the story for the first time. This may seem obvious, but I was pleasantly surprised by how moving it was to read Pride and Prejudice, even though I had previously seen the 1995 miniseries.

I’m tempted to rank Jane Austen’s novels now, but I don’t quite feel up to the task—if only because I don’t remember much of Emma, the first one I read. I only remember being puzzled when the ending came, and later having a classroom full of my peers pointing out all the indications along the way which I entirely missed. If there are any I need to reread, it is certainly Emma. I remember Persuasion was moving and quick, but none of the characters really stand out, and I seem to recall there is a lot of waiting. Northanger Abbey is almost certainly the most fun of all the novels, a very quick read, full of irony, and not having so much gravity as any of the other novels. Mansfield Park would be a contender for first place: Fanny is so virtuous a character, and the portrayal of less pleasant persons is often hilarious. It is also the only novel of hers that directly considers Church matters, making plain plain Austen’s less-than-supernatural understanding of spiritual matters, even if she esteems their social function. Pride and Prejudice has many of the same virtues as Mansfield Park, but was much more moving, partly because the main characters are much more energetic.

Sense and Sensibility focuses on two sisters, Elinor and Marianne, and highlights how differently they act as they fall in love and experience disappointment. Although many people will often tell me that they sympathize more for one sister or the other, I was surprised by how quickly the challenges arise and how dramatically this affects which characters are prominent. At about Chapter 15 (maybe 100 pages in), Marianne becomes much more withdrawn, so that we rarely see her interacting with others, and Elinor is often speaking on her behalf or making excuses for her later. However, despite Elinor being the more active sister, Marianne remains the center of attention for the other characters who are constantly speaking about her, and her beaux and woes (that’s supposed to rhyme). This made me think about the difference between the internal and external dimensions of a relationship: from the outside, Marianne’s challenges and reactions appear far more interesting; and yet on the inside, Elinor’s feelings and thoughts are more interesting, especially since these are not entirely manifested (as they are with Marianne). With the novel, we are able to see what the other characters in the book cannot see, and so that allows us to contrast our perception with theirs. If the characters can see it all, then the reader does not have much advantage from his interior point of view. In the case of Elinor, it is really only the reader that knows how much she suffers and feels, and consequently only the reader who can measure her strength and perseverance in good sense. With Marianne, the external circumstances are mysterious, but there is little mystery (actually, no mystery) about what she thinks and feels.

[This title is #7 of my Classics Challenge.]

5 thoughts on “Sense and Sensibility (my last Austen novel)”