Location. Oftentimes I find it difficult to set a stage in my head when all I have is the dialogue between the characters. Although I have never been to Syracuse or Ephesus (the key spots in the play), I have been to the modern-day Sicily and Turkey which contain these ancient cities. Even if a bit anachronistically, this helped to populate my imagination with fashions and manners, so that I was not merely reviewing a dialogue, but reading a play.

Fat jokes. It is a brief scene in a brief play, but my how rich are the descriptions of Dromio’s wife!

…sir, she’s the kitchen wench and all grease;
and I know not what use to put her to but to make a
lamp of her and run from her by her own light. I
warrant, her rags and the tallow in them will burn a
Poland winter: if she lives till doomsday,
she’ll burn a week longer than the whole world.

she is spherical, like a globe; I could find out
countries in her.

And to excerpt only a few of the consequent inquiries:

I enjoyed this section far more than I should have. 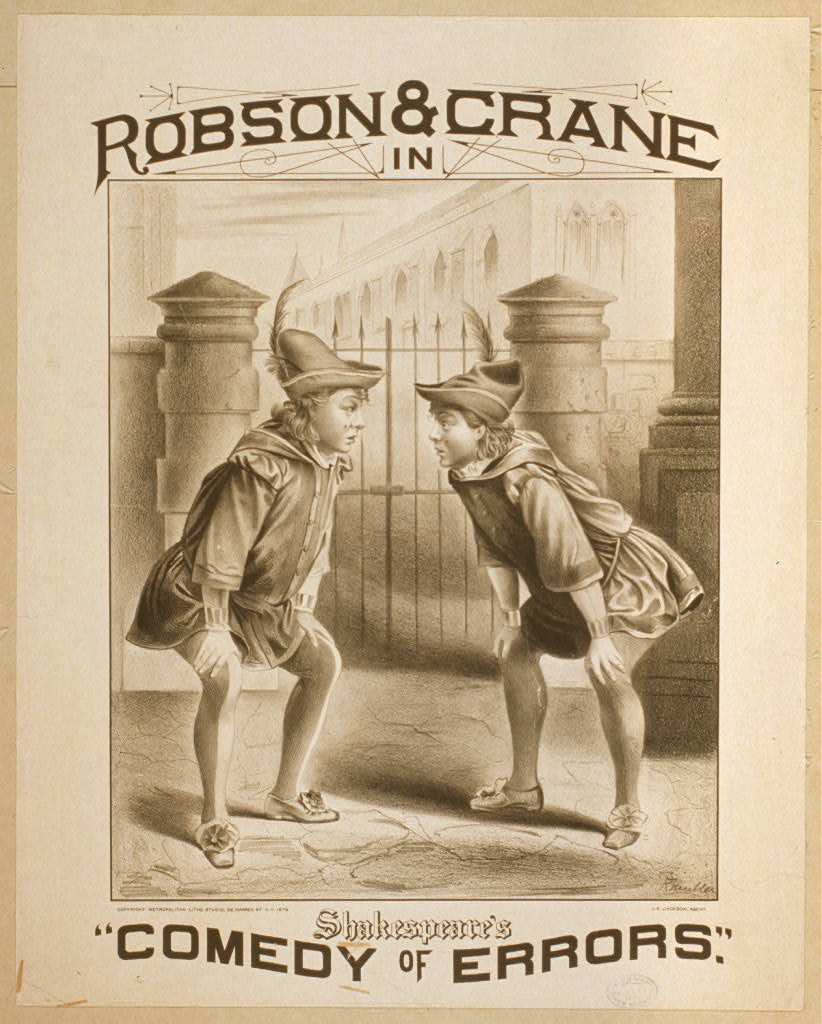 More juridic presumptions. Just as the plot of Colonel Chabert turned around a reasonable (but not physically certain) presumption of death, so most of the comedy in this play turns on the presumption of identity: if the man you see today looks identical to the man you saw yesterday (and has the same name!) you are generally within reason to presume it is the same man, so much so that the burden of proof shifts to the one denying it. Whereas some plots move on the basis of unrealistic expectations or foolish leaps of thought, all of the errors in this comedy arise from a reasonable (but not physically certain) presumption that anyone would make, such that we too might suspect witchcraft in the same situation.

[This title is #30 on my classics reading challenge.]

3 thoughts on “Comedy of Errors”